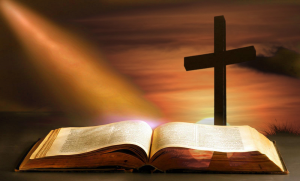 James H. (John) Thompson, a beloved father, friend and minister, went home to be with his Lord and Savior on Tuesday, December 3, 2019. After a brave fight with ALS, John, a resident of Gilbert, West Virginia, passed away peacefully at home surrounded by family and friends. He was 75.

John was born March 1, 1944, in Chattaroy, West Virginia to James H. and Edna Maye (Frangowlakis) Thompson. He grew up in Chattaroy surrounded by his parents’ large and loving families, including twelve aunts and uncles. After graduating from Chattaroy High School, he followed much of his family to Ohio where he started his service at Salem Baptist Church, Columbus, Ohio. John enjoyed leading as Youth minister and as Outreach Director by helping the church grow through its bus ministry. After being led by the Lord to serve as a minister, John moved to Fort Worth, Texas to attend Southwestern Baptist Theological Seminary. Upon receiving his degree, John returned home to Chattaroy as the Pastor of Chattaroy Missionary Baptist Church. His work at Chattaroy led him to missions work through the Coalfield Association of Southern Baptists and Pastor to Gilbert Creek Baptist Church. There, John helped the needy in the community through a clothing, food and supply outreach program. Churches all over the East Coast gave to the Association to assist John in these outreach programs for the people of the Gilbert Creek area.

John was preceded in death by his parents, his sister, Minnie Belle Coburn, and his grandmother, Mattie Hatfield Varney.