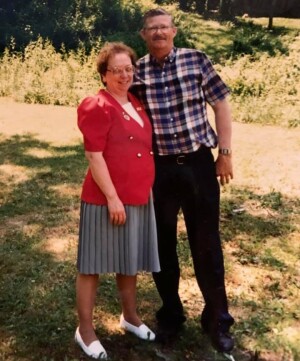 Billy Russell Browning Sr., 82, of Gilbert, WV., went home to be with his Lord and Savior on Tuesday, September 21st, 2021 at his residence. Born September 3rd, 1939 in Gilbert, WV, he was the son of the late Rockford and Francis (Barger) Browning.

In addition to his parents, he was proceeded in death by his wife Myra Sue (Brumfield) Browning, siblings, Donnie Browning, John L Browning, and Anita Hendricks, and an unnamed great-grandchild.

Bill devoted his life helping others and was the definition of the head of the household. He served his country as a Specialist (E-4) in the United States Army during the Vietnam War and demonstrated immense pride in his service. After serving his country, Bill functioned as a Mine Electrician for Island Creek Coal Company until retirement where he devoted his time to his family.

Bill loved God first; behind that love, was the love for his late wife, children, grandchildren, and great-grandchildren. He lived his life with unyielding and fierce devotion for his Lord, simplifying and teaching the Word of God to all of those around him. Bill was an active member of the Baptist faith, served as a deacon in the church, and led the church choir in praise and hymns.

The absence that Bill leaves behind will resonate with his family and friends, but joy is shared in knowing that he is worshiping alongside his wife, celebrating with his Lord and Savior, and singing in that Heavenly choir.

Friends may gather with family from 6:00pm-8:00pm on Saturday, September 25th, 2021 at Mounts Funeral Home for a short service and calling hours officiated by Rev. Roger Browning. Funeral services will commence at 1:00pm on Sunday, September 26th, 2021 at Mounts Funeral Home with Rev. Jackie Jessie and Rev. Mike Johnson officiating. Per his request, his remains will be cremated.

The family would like to give a special thanks to Family Healthcare of Gilbert, WV and his provider, John West for their care of Bill over the years.

Masks and social distancing will be required for entrance and during the entirety of the ceremonies.

His wonderful smile and gentle heart will be greatly missed by all who were fortunate to have known and loved him.

To send flowers to the family or plant a tree in memory of Billy Russell Browning, Sr., please visit our floral store.