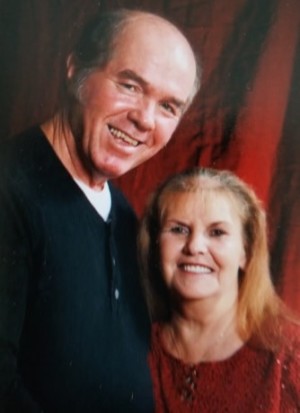 Brenda S. Layne, 64 of Baisden, went to be with her heavenly father, Monday, April 6, 2020 from Logan Regional Medical Center.

In addition to her parents, she is also preceded in death by her son: Matthew Layne; brothers: Willard and Forest New, Jr; niece: Donna Sue Smith Lester.

Brenda loved being outdoors, riding the 4-wheeler and root digging with her husband.  She enjoyed spending time with her family and friends.  She was of the Church of God Faith.  Brenda had a heart of gold and she always had a smile on her face.  She was a mother figure to all the neighborhood kids while her boys were growing up.  She loved spoiling her grandchildren by sneaking them Reeses.

Friends may gather with the family Saturday, April 11, 2020 from 12:00 to 2:00 pm at the Mounts Funeral Home Chapel.  Funeral services will commence at 2:00 pm with the Rev. Jonas Trent officiating.  Due to the current social gathering recommendations from the government, we request the number of individuals be kept to 10 or less in the building at one time.

Entombment will be at a later date in the Layne Family Cemetery at Big Lick Branch Road, Baisden, WV, where she made so many memories with her family and where she raised her boys.

Brenda may be gone, but we will always have a little piece of her here with us.

To send flowers to the family or plant a tree in memory of Brenda Sue (New) Layne, please visit our floral store.

Your browser does not support this video format. You should be able to view it in Chrome, Safari or Internet Explorer.